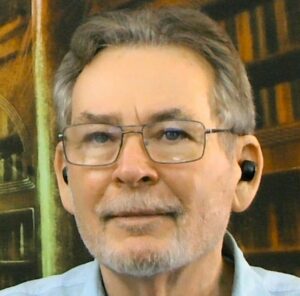 President of Learning Stewards and Director of the Children of the Code Project, David Boulton is a learning-activist, technologist, public speaker, documentary producer, and author. He has been a learning environment architect for Apple computer, a featured blogger for the National Association of School Superintendents, and contributor to Wired’s Innovation Insights.  He is the architect of “Interactive Orthography” and oversees the “Magic Ladder” which includes tools, Pre-K through Adult lessons, and Ebooks for beginning and struggling readers (based on Interactive Orthography).

David’s articles on learning have appeared in: The Brain-Mind Bulletin, In Context, The California School Board’s Journal,  The American Music Teacher, Management and Conjecture (France), Centecemes (Mexico) Information Research (England),  New Horizons for Learning, Young Scholar, Quantum Leap (China) and others. Articles about his work have been featured in blogs, journals, and books including: The Journal of Developmental Education, Poisoned Apple: The Bell Curve Crisis and How Our Schools Create Mediocrity and Failure, Working Wisdom (Timeless Skills and Vanguard Strategies for Learning Organizations), The Interactive Corporation: Enhancing Profits, Performance and Productivity in Your Business, Schools Out: Hyperlearning and the end of Education, On The Brain, Research Access, the Hechinger Report, and Mentorships in Education: A Podcast with David Boulton. His article “Revolutionizing Reading Instruction” was published by Language Magazine.

David’s  k-12 education orientation and vision have been presented at the World Futurist Society, The 21st Century Learning Initiative, The New American Schools Design Team, at both the California and National Education Summits, the Ontario (Canada) School Board Association, The International Baccalaureate School of Hawaii, The Chinese Ministry of Education, The Dalian Medical School. He was the featured presenter at dozens of Apple Computer educational events and has presented his work on the Children of the Code Project at over 100 events including the national conferences of the International Dyslexia Association, the National Center for Family Literacy, the American Library Association, Scientific Learning’s National Circle of Learning, the National School Mental Health Association, and the Science Network’s Science of Educating Conference.  He has keynoted events including South Carolina’s Education and Business Summit, the Georgia School Superintendents Association Conference, The Nebraska School Psychologists Conference, The Florida State Literacy Conference, the Wyoming Department of Education’s Leadership Symposium, and at dozens of colleges and schools. His websites have won the Teacher Information Network Gold Award and the Innovative Teaching Concepts Award of Excellence.

As a technologist David created an early Electronic Book (patent) , a digital cable broadcasting system (patent) and Electronic Publishing for Learning, a system for publishing information intended to facilitate learning. As an organizational learning theorist and software architect David designed Apple Computer’s ‘Electronic Campus’ and the feedback components of Pacific Bell’s ‘Employee Knowledge Link’ system. AIG, H.P., Mazda, ALLTEL, NEW YORK Life Insurance, Bank of America and many other Global 2000 companies have implemented his ‘learning circuits’ and organizational learning and feedback concepts. His last patent, “A Method and Apparatus for Implementing User Feedback“, involves a different way of thinking about digitally distributed learning that has promising implications for how the Web of the future will evolve and perform. His current project, “The Magic Ladder Project” and its main component, the PQ App, is a new kind of ed tech that uses Interactive Orthography to support the process of learning to read.

David has founded five companies and been awarded four patents. His last start-up, DiaCom/2way (today, ‘Validar’) went on to win the Smithsonian Award for Innovation and appeared on Upside Magazine’s Top 100 private companies list.  He has been an adviser to the Chair of the California Senate Education Committee and a member of the U.S. D.O.E.’s Gateway Project. David appeared in the PBS Television show “The New Science of Learning: Brain Fitness for Kids” and in the Science Network’s “The New Science of Educating” broadcast. He is a past member of the 21st Century Learning Initiative and the Dialogue Research Project at M.I.T.’s Organizational Learning Center.

Comments from “Leaders in Learning” about David’s Work

PUBLICATIONS
The Central Dynamic
The Insidious Curriculum
From Here to Implicity
A Vision Learning to Happen
Learning to Learn
The Most Important Subject
The 3 Laws of Feedback
Why Learning?
Children of the Code (50+ Interviews)