Board of Directors and Leadership Team

Chairman and Executive Director: David Boulton, is a Learning Activist who has conducted seminars and workshops for educators, as well as government and business leaders, for over thirty years. He is the Executive Director of Learning Stewards and the Children of the Code project and is the producer and interviewer of the Children of the Code Documentary series.  His articles on learning have appeared in The Brain-Mind Bulletin, In Context, and The California School Board’s Journal, among others.  Articles about his work have been featured in journals and books including The Journal of Developmental Education, Poisoned Apple:The Bell Curve Crisis and How Our Schools Create Mediocrity and Failure, The Interactive Corporation, Working Wisdom, and others. He has been an adviser to the Chair of the California Senate Education Committee and a member of the U.S. Department of Education’s Gateway Project. Boulton has founded five companies and has been awarded four patents. He appeared in the PBS Television show “The New Science of Learning: Brain Fitness for Kids.” See his full profile for more.

Vice-Chair: Kirk VandenBerghe began his technology career in 1980. Professional roles have included systems analysis and programming, customer support, marketing, sales, product management, operations, and mid-level corporate management. He has enjoyed working in both entrepreneurial startups and large corporations. Highlights include launching to market one of the first microcomputer accounting packages, co-founding the company that created and delivered the training for Apple’s Mac College, leading the information center of the hundred year old People’s Bank, performing in the top three percent of channel sales representatives for Borland International, and co-founding a web-based Internet publishing company.

Member: Ron Chi, PhD. has been in public education for over 20 years.  He was the founding principal at The Learning Center (TLC) at Linlee and served on former Secretary of Education Arne Duncan’s Highly Innovative Principals cohort and the Prichard Committee’s Achievement Gap Study Group.  He is a board member on the Kentucky Leadership Institute for School Administrators (Kentucky Chamber).  Dr. Chi has served in the dual role of chief innovation officer at both Kentucky State University and Frankfort Independent Schools where he facilitated the design of early college programs for high school students who have not traditionally pursued postsecondary education; the establishment of teaching and learning career pathways for underrepresented student populations; and the design of a global education system where students and educators have immediate access to formalized learning opportunities within “like-minded” school communities throughout the world.   As a teacher-leader, he focused on ensuring that students in the classroom would not be identified by what others thought them to be, but by their natural gifts, inspirations, and thirst to learn. “It is the educator’s responsibility to reveal the magic within each child, facilitate the growth of that magic, and provide supports for their learning.”

Member:  Gary David, Ph.D. is an epistemologist, affect theorist, and therapist.  He taught classes in Epistemics and General Semantics at the Viewpoints Institute, and at UCLA Extension.  He received his Ph.D. in Epistemics from the Union Institute and University and later became the editor of J. Samuel Bois’s college textbook on Epistemics titled, “The Art of Awareness.”  His work in Epistemics includes a forty-year study of the biology of human emotion guided by the work of Silvan Tomkins as presented in Affect Imagery Consciousness.  He has served as co-chairman of the board of the Tomkins Institute and co-created the website Philosphere, dedicated to the promotion of 20th-century writers: L.L. Whyte, J.S. Bois, Alfred Korzybski, Silvan Tomkins, David Bohm, Gaston Bachelard, and Pierre Teilhard de Chardin.  He currently has a private practice as well as an ongoing, online forum called The Art of Learning.  Gary has engaged in dialogue with David Boulton over many years and is an advocate and supporter of Boulton’s vision of learning. 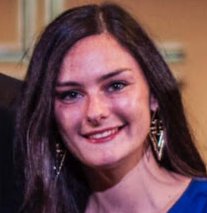 Board Secretary and Senior Project Manager: Deanna Kaparo is the manager of social media relations, community outreach, grant writing, bookkeeping, and fundraising forums. She is currently the editor of the mlc.learningstewards.org website, adding and fine-tuning content. She has managed program integration at schools and nonprofits and the evaluations of those programs. She assisted in the creation of three applications, WordScope, LetterScope, and the PQ Pop-Up App (Interactive Orthography). She is a Master Steward, assisting volunteer stewards in the implementation of Magic Ladder. Deanna holds a Bachelors in Neuroscience with minors in Mathematics and Sociology from Indiana University with the highest distinction.

PLEASE HELP US: donate whatever you can.
IT’S TAX DEDUCTIBLE