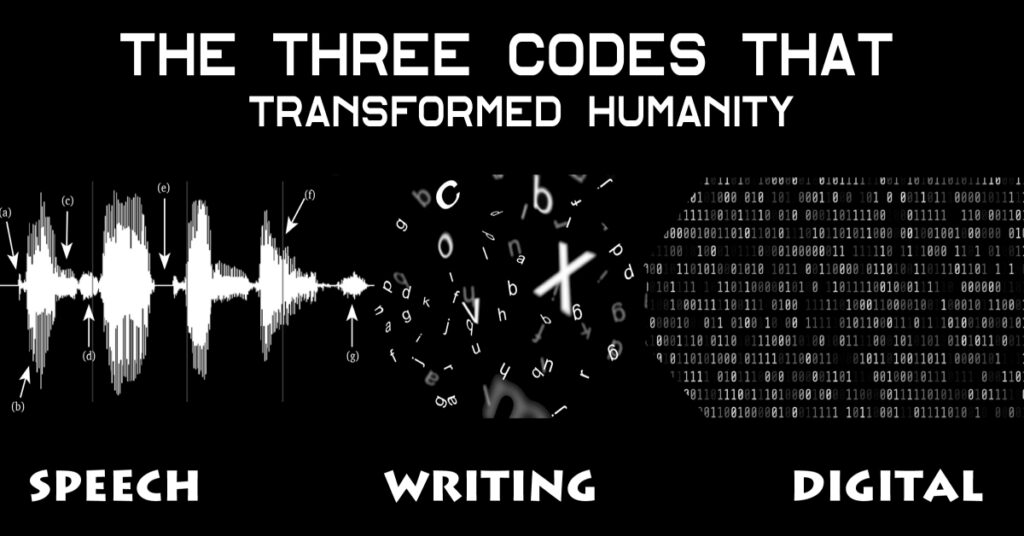 #1 – SPEECH CODE – In the Beginning Was the Word

Try to imagine being a human being that has never experienced a word.

You can’t. The kind of ‘you’ you are can’t exist in a mind without words.

For us as a species and for each of us individually, in the beginning was the word.

Yet, for most of the evolutionary timescape we think of as ‘becoming human’, there were no words. Can you imagine the differences between a tribe of word users and a tribe that couldn’t use words? Imagine the differences in their capacities for social communication, negotiation, coordination, organization, and in terms of the new learning challenges and opportunities such capacities make possible. Becoming word users was the evolutionary tipping point most singularly responsible for modern humans.

Try to imagine what it would be like to live in a world in which writing doesn’t exist.

You can’t. The kind of ‘you’ you are is abstractly self-reflexive in ways that didn’t exist when words disappeared with breath, before writing atomized words into phonemes and encoded the phonemes with discrete visual elements. Writing conventionalized, encoded, preserved, categorized, organized, and virtualized our relationship with words. Undoubtedly the most powerful invention in the history of history, writing made possible ways of coordinating, collaborating, and learning (individually and together) across distances (actual and virtual) and times (historic and into the future) that were inconceivable in a spoken word only world. Becoming code users was the (collective learning) tipping point most singularly responsible for civilization as we know it.

We are all children of the code.

Becoming word-users enabled a radical expansion in our capacity for learning. Becoming code-users was the next big step. Today, we are entering a new era of change so off-scale immense that it’s only comparable to the the kinds of changes that followed becoming word and code users.

Humans with words coexisted with humans without words for tens if not hundreds of thousands of years (before only humans with words remained). The alphabet was used for almost 3000 years before mass literacy began to emerge. The digital age and the change it represents is only a few decades old. Can you imagine your great-grandchildren trying to imagine life before the internet, tablets, and smart phones and what they will have evolved into by their time?

“We can no longer assume that what we think children should learn
is more important than how well they can learn.”
If we change how we think about learning we change everything.

This site is a continual work in process. Its pages are working drafts that will evolve over time.  If our work interests you  please share your thoughts, feedback, and comments and consider subscribing to receive updates about new posts and articles.  If you think what we are doing is important, please consider contributing whatever you can to our non-profit work (see side panel). Together let’s ignite the dialogue.

PLEASE HELP US
Learning Stewards is a 501(c)(3) non-profit that depends on the support of people like you.

Or send your tax-deductible donation check to:

2 Responses to The Three Codes that Transformed Humanity

WATCH ALL AS A PLAYLIST

IN THE BEGINNING WAS THE WORD

THE POWER OF WRITING

THE O.S. OF WESTERN CIVILIZATION

THE CODE OF DAVINCI 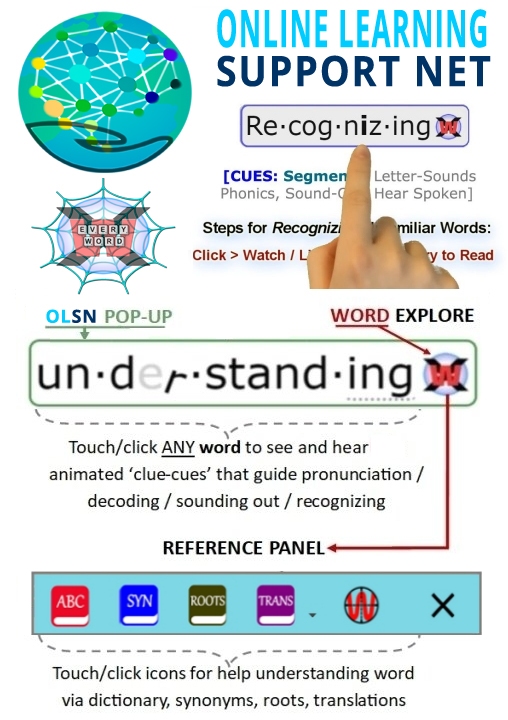 “It was the best lecture at the series in years. Certainly the most relevant to every teacher in schools today.” – L. Kilchenstein. Educator, Kermit ISD, Kermit , TX