Note: Click on any word on this page to experience Interactive Orthography. 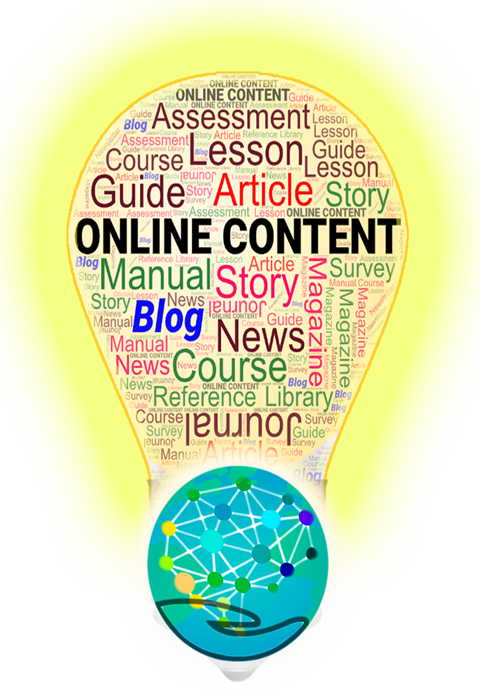 Imagine how much easier learning to read (and teaching reading) would be if the words learners learn to read with were also word-learning-help buttons.  Imagine how more neurologically efficient and emotionally safe learning would be if every unfamiliar word had a built-in reading tutor, language translator, and reference library. Instead of imagining it, try it. Every word on this page is its own word-learning-help button.

All current methods of reading instruction are based on some variation of explicitly teaching abstract knowledge and skills for code processing and/or scaffolding up the complexity of relevantly meaningful content as an environment for implicitly learning to process the code.

Despite their huge differences, these systems share a common assumption; they assume that written words are static objects that can’t in and of themselves help readers learn to read them. This was understandable when paper was the only media available for reading instruction. However, in light of today’s technologies, it’s time to challenge that assumption. While good readers must be able to eventually read static text, nothing (except centuries of inertia*) says we have to use static text to teach beginning and struggling readers.

*Before proceeding please consider this short background: How Do Kids Learn to Read? What the Science DOESN’T SAY.

Reading is an artificial language experience constructed by our brains according to the instructions and information contained in a c-o-d-e. Though many factors contribute to difficulties in learning to read, what makes learning to read (English and other deep orthographies) difficult for most beginning and struggling readers – what initially challenges their brains – is the confusing relationship between the naturally evolved and naturally learned code of speaking and listening, and the artificially created and artificially learned c-o-d-e of reading and writing. (See: Unnatural Confusion)

It’s one of the most complex, unnatural, cognitive interactions that brain and environment have to coalesce together to produce. – Dr. G. Reid Lyon, Past-Chief of the Child Development and Behavior Branch of the National Institute of Child Health & Human Development, National Institutes of Health,

The c-o-d-e of English orthography is an archaic legacy technology (like telegraphs and typewriters). However, unlike modern information technologies, there wasn’t a committee of designers concerned with developing its ‘user interface’ so it would be easy for people to learn to use. Instead, English orthography is the result of elitism, prejudice, ignorance, negligence, and a series of historical accidents (See: The First Millennium Bug).

“It’s easy to forget that the system we have learned is a system that is based on a series of accidents that result in layers of complexity”– Dr. Thomas Cable, Co-author: A History of the English Language

Many notables, including Benjamin Franklin, Noah Webster, Melvil Dewey, Theodore Roosevelt, and Mark Twain, recognized that the code’s letter-sound confusion was at the root of reading difficulties. Yet, despite their efforts, and those of hundreds of others, centuries of attempts to change the alphabet or reform English spelling – to render their relationship more simply phonetic – failed (See: Reform Attempts).

“Delay in the plan here proposed may be fatal… the minds of men may again sink into indolence; a national acquiescence in error will follow, and posterity be doomed to struggle with difficulties which time and accident will perpetually multiply”. – Noah Webster

The central issue is inertia. Any change to the alphabet or spelling would create a ‘before’ and ‘after’ disconnect in the continuity of written English; and would be a disturbance, nuisance, and expense to everyone literate in the system as it is now.

Because changing the code – changing the alphabet or spelling – has such intolerable consequences, our conceptions of ‘teaching reading’ have been constrained to accepting the confusion as immutable. As a consequence, virtually everything we think about reading, learning to read, and the teaching of reading (including “Scientifically Based Reading Research“), is based on – warped by – accepting the code’s letter-sound-spelling confusion as immutable (See: Paradigm Inertia). All traditional approaches to teaching reading are based on training the brains of readers to deal with this letter-sound confusion by either working around it (whole – contextual guessing) or by recognizing rule-clues (cues) in the letter’s lexical and semantic context (phonics). Phonics and whole language methods are both attempts to compensate for (workaround), rather than directly address, the confusing correspondence between letters and sounds.

…[in English] “we have fifty some sounds and only twenty-six letters. So we have to adopt a whole variety of mechanisms to close the gap.” – Dr. Richard Venezky, Author: The American Way of Spelling: The Structure and Origins of American English Orthography

We can’t change the alphabet or change the ways we spell with it. However, today, in an era of ever less expensive and increasingly more powerful digital devices, we can use modern technology to dynamically personalize, scaffold, and differentiate the process of learning to read. Once we make words hyper-orthographic, rather than static-orthographic, the technology can guide students through learning to read in profoundly more efficient ways.

The purpose of reading instruction is to teach students how to work out words they don’t know.  Because teachers can’t be on the ‘live edge of learning to read’ with all of their students all the time, and because static printed words can’t provide students any help in recognizing them, our models of reading instruction have been limited to training students to remember and apply abstract rules and procedures to work out words on their own. This is where it all breaks down. The reason reading instruction fails so many students is because it’s not available to them when they most need it – when, while trying to read, they encounter a word they don’t know.  But what if it was available?

Instead of teaching learners to decode / recognize words by using abstract instructional exercises (and hoping they will apply them reliably fast enough when they are later actually reading), interactive orthography makes it possible to provide focused and granular instruction while learners are actually engaged in the live act of trying to read words. Not some words some of the time, but each and every word that stutters the flow of their reading.

Using today’s inexpensive digital technology we can add another ‘learner’s layer’ to English orthography. We can preserve the two-dimensional alphabet and spelling, and digitally embed within it a dynamically responsive layer that provides a profoundly more neurologically efficient way to learn to read or improve reading. Instead of pedagogy constrained by the limitations of ‘static-orthography’, we can completely re-imagine literacy learning through the lens of what interactive orthography makes possible.

Such a ‘learner’s orthography’ is able to respond; letter-by-letter, sound-by-sound, word-by-word, meaning by meaning, with whatever learners need as they progress to fluency in reading. Not just read the words for them (short-circuiting their learning), rather, interactively scaffold, in real-time, the process of learners learning to work out recognizing and understanding the word for themselves. With hyper-orthographic support, beginning and struggling readers learn with LIVE dynamic text that instructs, guides, and supports them word-by-word, not only to recognize and understand each and every particular word they ‘stutter’ on, but in a way that generalizes to learning to read all words.

Sound far fetched? Click on any word on this page!

Our debates about reading instruction are rooted in assumptions about the orthographic technology we learn to read with (consider this short background: Paradigm Inertia In Reading Science and Policy).  By adding a dynamic overlay to the orthography, we can preserve the best and eliminate the worst of phonics and whole language as we differentially support and scaffold learners up a more learning-friendly ladder to proficient reading.

Why not? Twenty-five years of ‘reading war’ debates, thousands of research papers, hundreds of billion of dollars…. and yet most of our children are still below proficient in reading in school:

Three simple steps to reading: How to use OLSN with your students

Install Free App: With the OLSN Chrome Extension, Interactive Orthography works on billions of pages on the internet, including most of the largest educational content sites:

Also for use in home, classroom, school library, and public library settings, the Magic Ladder system includes a page into which teachers, librarians, parents, and/or learners themselves can paste content from their devices clipboard. Once pasted the content is automatically processed and rendered fully supported by Interactive Orthography (more).

1 – Compared with the cost of ineffective reading instruction, the cost of providing inexpensive platforms that can provide hyper-orthographic learning to read support is trivial.

Stewarding the HEALTH of our
Children’s Learning
——–
“The most powerful professional development experience I have ever had. This was truly an awakening for me! – Julie Colley Lowery, Education Specialist, Alabama State Department of Education, Special Education Services

SCIENCE OF LEARNING TO READ: 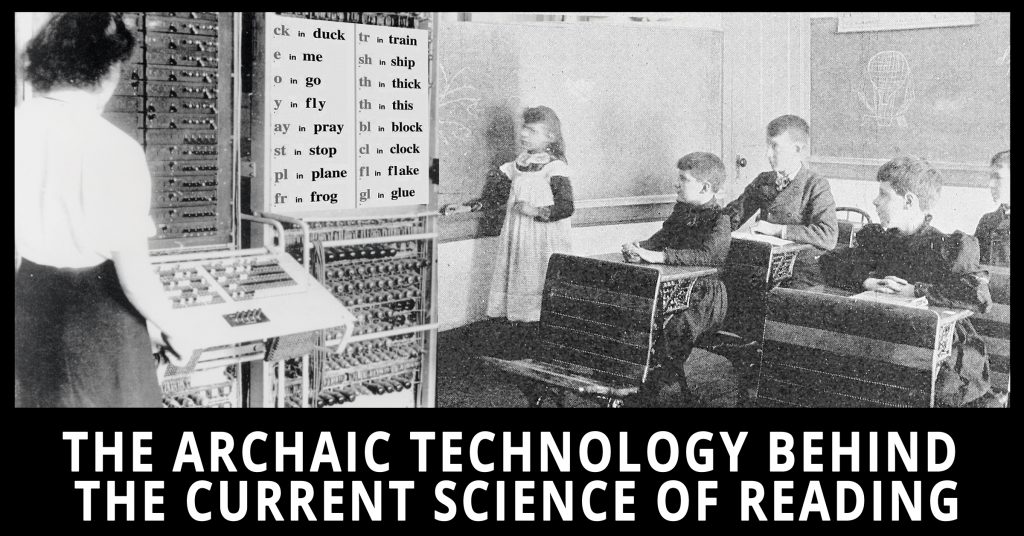 A SIMPLER INTRO TO: